where can i buy isotretinoin without a prescription Juliana 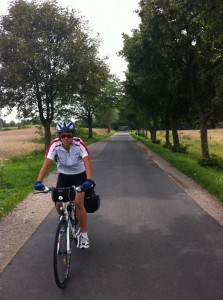 can i buy Pregabalin in spain The Guinness World Record rules require the rider to cover 28,970 kilometers by bike, in an East to West or West to East direction, wavering no more than 5 degrees off course.The total journey distance must be a minimum of 40,075 kilometers, to include all transit by flight or sea. The ride must start and finish in the same place and must pass at least two antipodal points (This is two points that line up through the earth’s center). When the rider reaches a transit point to connect with a flight or boat to the next continent or country start point, the clock stops with regard to the actual riding time. Once customs is cleared at the next destination, the clock immediately starts again. The same bicycle must be used throughout the attempt, although repairs and replacement parts and bikes are allowed for mechanical failure. Satellite tracking is highly recommended by Guinness World Records and a daily log, signatures of dignitaries and photographs at strategic points must be collated as evidence.